Nike Basketball is making a dynamic run in the new year. This week, the popular Dunk is dropping in a slew of new and retro looks, the signature Raygun colorway makes an appearance, and the Air Jordan 13 continues showcasing new colorways into 2021. Check out the rest of what this week has instore in the latest Drop List. 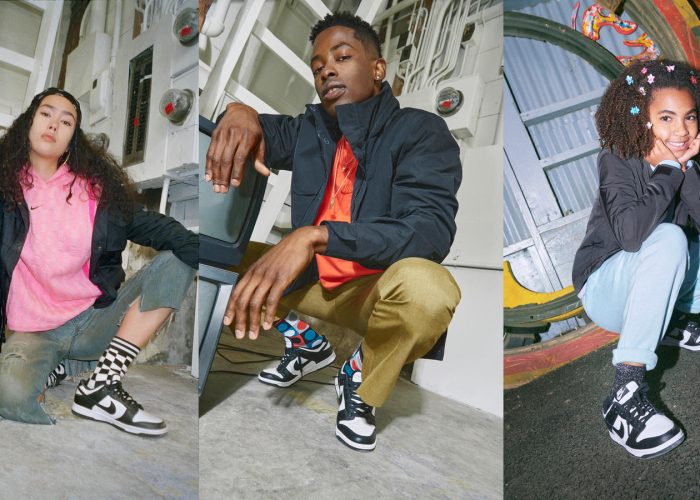 Another year, another plethora of Nike Dunks. 2020 was a monumental year for the basketball silhouette’s return, as the brand brought back some older colorways while delivering a handful of new designs to the 1985 sneaker. Nike continues the reign of the Dunk in 2021 with a new set of colors and retros with seven new releases.

For the Nike Dunk Low, there are four different upcoming additions to the low-cut model. The first is a classic Black/White colorway, fit to be a classic everyday sneaker. Next, we see the Dunk Low in a vibrant Orange Pearl, dropping alongside a Coast colorway that is similar to the West Coast’s UCLA. Following the collegiate path is the return of the UNLV colorway from 1999. For the Nike Dunk High, we see the classic Syracuse colorway resurfacing from 1998’s Be True To Your School pack. Closing out the new releases of Dunk Highs, Nike introduces both a women’s exclusive Football Grey and a full-size-run of Neutral Grey colorways.

The Nike Dunk Lows and Highs have started dropping in China but will continue releasing from January 14th and the 21st in various countries. The sneakers’ prices range from $110-120. 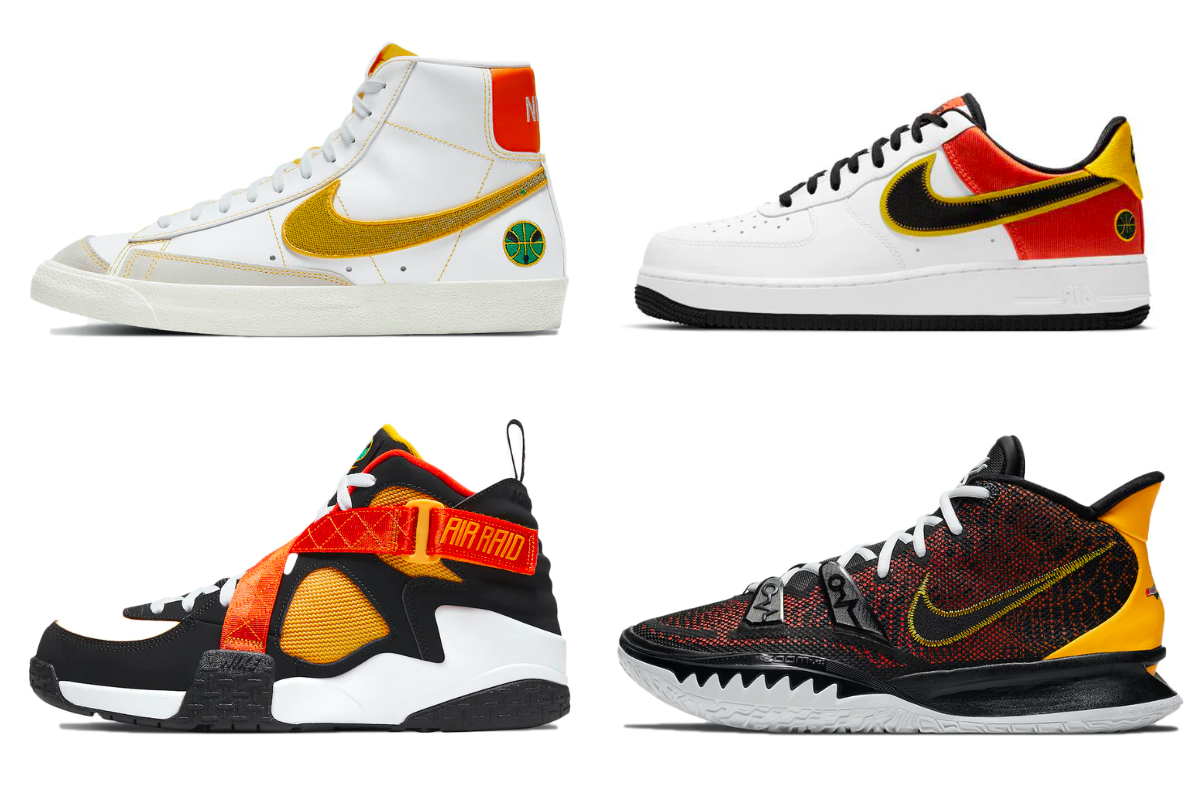 For those that do not know, the Raygun colorway is more than just a popular Nike SB Dunk Low. The specific color choices pay homage to Nike’s 2002 campaign for their fictional Roswell Rayguns ABA Basketball team from 1975 based in the New Mexico town where a UFO famously crashed in 1947. The campaign featured all-star players from that time, like Vince Carter, Jermaine O’Neal, and Jerry Stackhouse, each playing on the same team in Raygun jerseys. The commercials were themed around 1970s intergalactic funk, hinting at the Raygun’s alien mascot. This week, the near two-decade campaign is coming back in the form of an Air Force 1, Air Raid, Kyrie 7, and Blazer Mid ‘77.

The Nike Raygun pack brings back the popular raygun holding alien onto four popular basketball models. Each sneaker showcases the orange, black, green, and white color-blocking in their own unique way, such as the Air Raid’s bright, orange glowing straps and the Blazer’s Swoosh made with yellow sequins. Overall, the entire collection embodies the fictional basketball team in a way fitting for the 70s funky style that’s out of this world.

The Nike Raygun pack drops this Friday, January 15th, on the SNKRS app and other Nike stockists, ranging from $110-145. 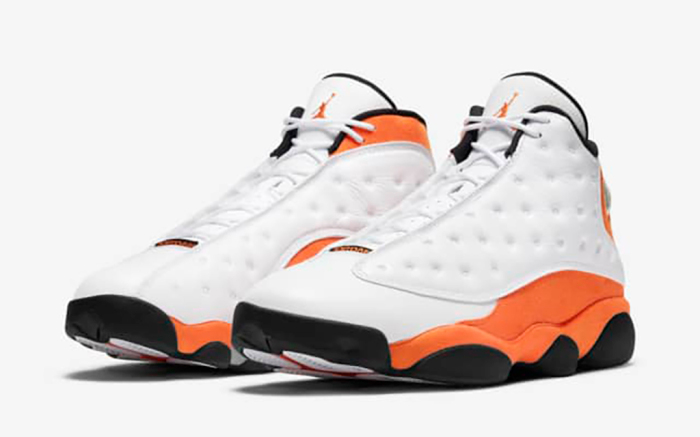 After a monumental 2020, Jordan Brand continues to push the 1999 model with their new Starfish colorway.

Unlike starfish that often camouflage in the ocean, these Air Jordan 13s cannot be missed. The sneaker is fashioned in similar color-blocking techniques that appear on past colorways. The upper consists of white tumbled leather and orange suede that continues down to the midsole. A familiar holographic badge appears on the heel, while a carbon fiber shank plate is installed on the outsole to provide stability on the court. An orange-embroidered Jumpman appears on the tongue to complete the Jordan sneaker.

The Air Jordan 13 Starfish releases this Saturday, January 16th, for $200 on the SNKRS app and other Jordan stockists. 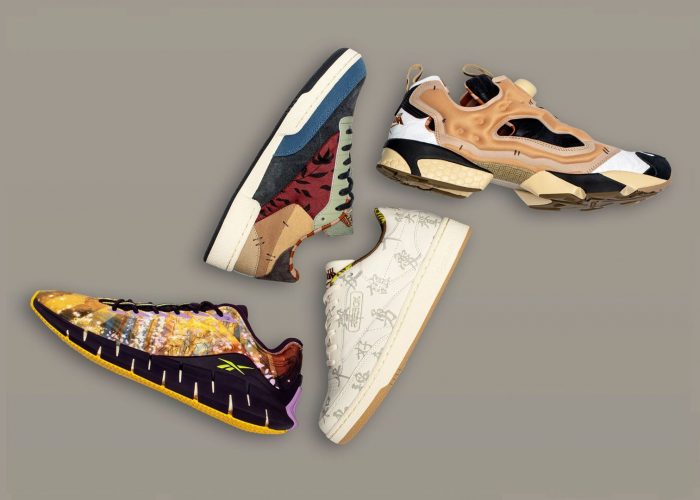 Reebok is known for their partnerships with favorite movies and television shows, such as Toy Story, Tom & Jerry, and now, Kung Fu Panda. They continue combining everyone’s silver screen favorites with their extensive catalog of sneakers with this upcoming collection, showcasing the lovable, kung fu fighting panda. And despite the last movie from the franchise released in 2016, the movie is still a fan favorite to this day.

The Reebok Kung Fu Panda pack consists of four Reebok models, the Instapump Fury, the Zig Kinetica, and two Club C 85s. Every design on each sneaker embodies unique themes from the Kung Fu Panda franchise, the protagonist, Po, and its supporting cast including Tigress, Monkey, Crane, Viper, Mantis, and Master Shifu. Each pair represents the evolution of Po from a regular dumpling loving Panda, to becoming a Dragon Warrior that fights against evil.

If you’re a fan of the franchise or just love the colorways, the Reebok Kung Fu Panda pack releases on January 15th on Reebok.com and other Reebok stockists, ranging from $100-200.